Lea Radomski, an exchange student from Germany, arrived in Cypress, TX just weeks before Hurricane Harvey. Ironically, Lea left behind the devastation of a recent flood in her German hometown. Below she gives us a glimpse of her experience with her host family during this trying time, and the HOPE that springs forth in adversity.

I left them. My family.  Next to the remnant of the flood in my hometown in Germany.  It had been the biggest flood in 1000 years. It took bridges with it and pushed people in despair. This beautiful antique city went wild.

I left home to fulfill my dream – living one year in America.

In TEXAS … what I believed to be the dry Wild West!

And now I am here. Here in Texas, the world seems to be perfect. I went uptown and saw skyscrapers. I experienced the first day at an American high school. Everything was amazing… 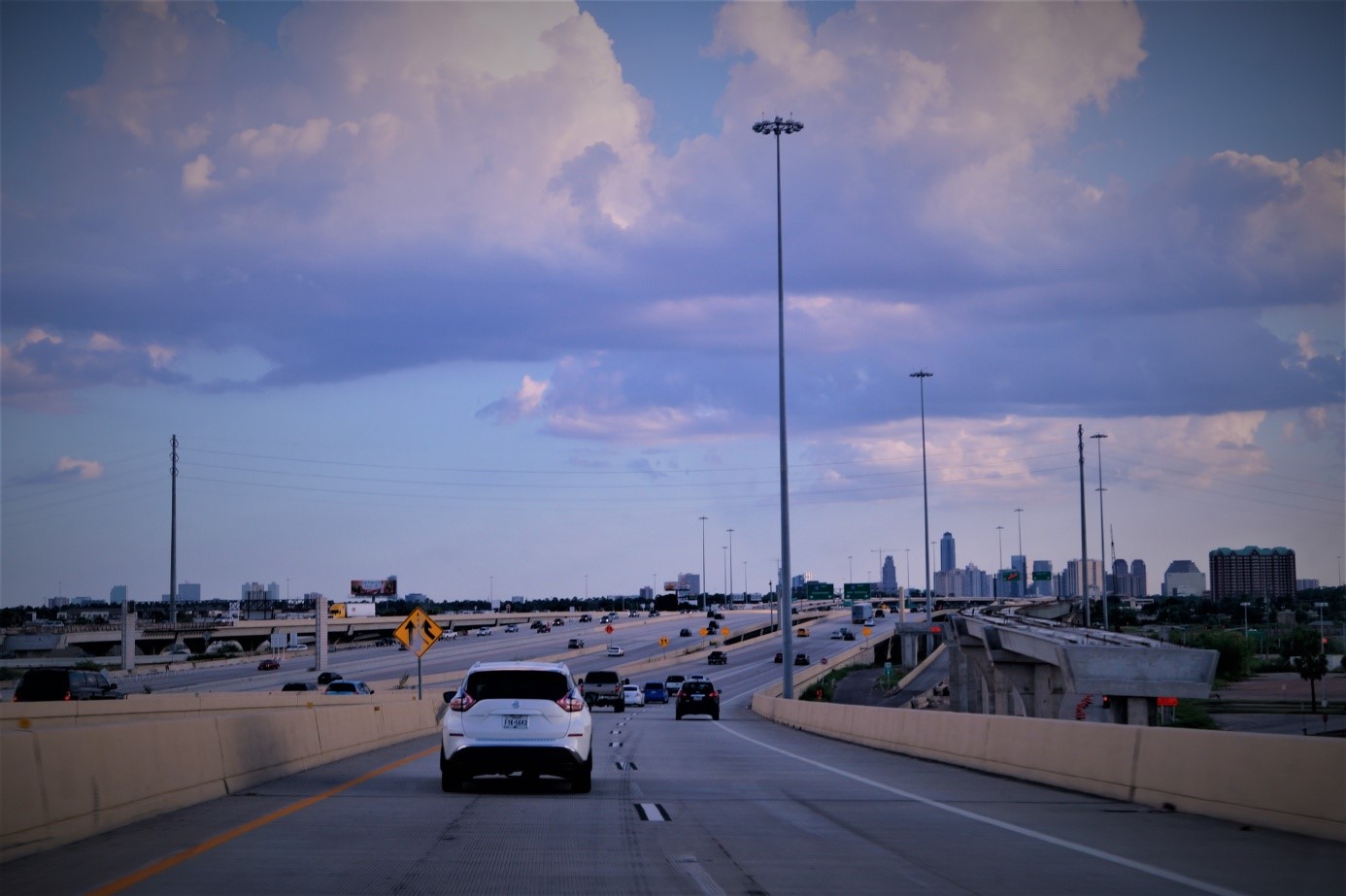 Till Thursday, August 24. While I was studying for a test we received a message. But not just any message. It was THE message –  school closure. Why? Hurricane Harvey. We were excited, but with an uneasy overtone.

We hunkered down. There was the possibility to flee to every other place but… we stayed. 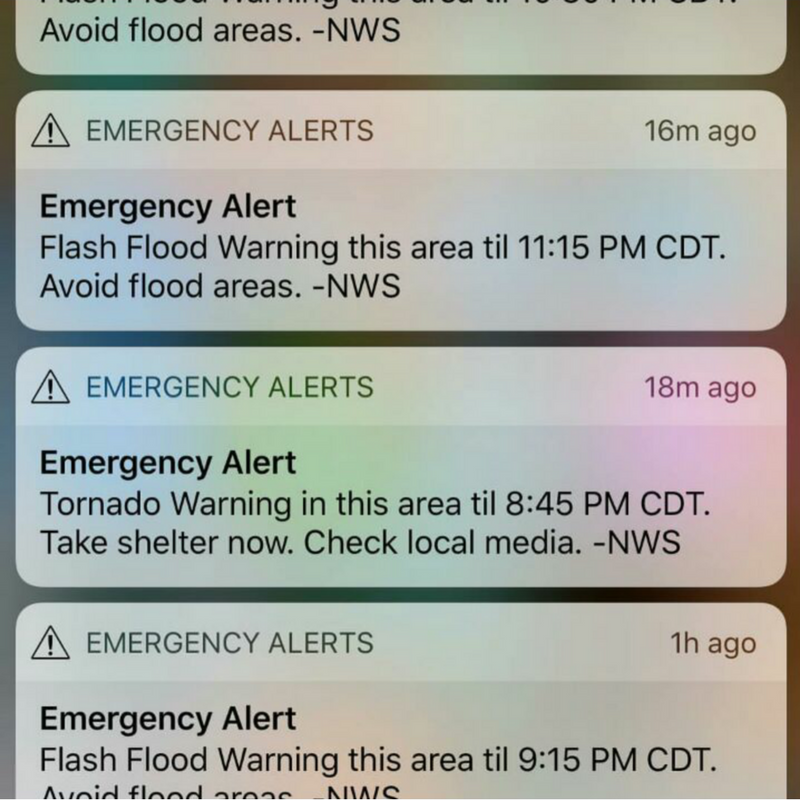 We didn’t leave everything.

We would fight when the time came.

One day ran into the next day…And we became an island in the ocean of devastation.

A prison with unbreakable walls.  Our flood was made of warnings.

They told us to stay in the most safe place – our home.

After the flood there were tornadoes. One touched down just a few miles away. The nearest that my host parents ever experienced. The warnings made us paranoid. So one time we sat in the bathroom, the center of the house, waiting for something to happen. But there was nothing… And that drove us crazy. Waiting for something and not knowing what to expect, or just waiting for nothing. You don’t even know what you are waiting for.

After days of staying at home, we saw the horrible pictures. The indescribably wonderful things I saw just a week before were destroyed. Their beauty was broken.

But then, there was the first sunny day after a week of grey.

Our church became a shelter and 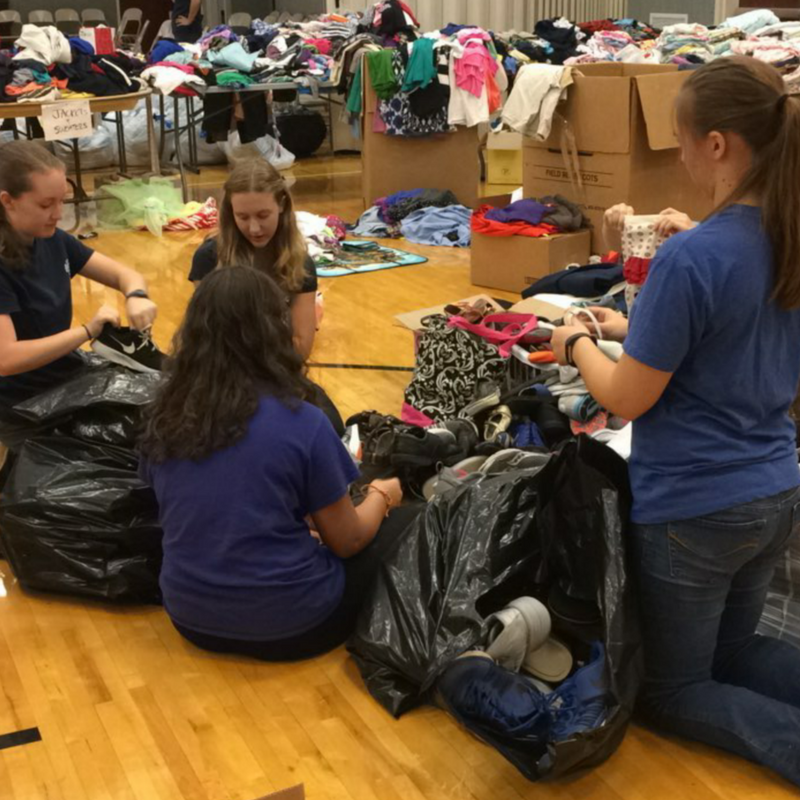 was full of people. But not just victims. There were tons of volunteers. It was amazing to see this community that organized help. It was a bright ray of sun in this dark time. I helped to sort clothes with my host sister, and my whole host family helped in the clean-up effort. We helped to organize tools and get them where they needed to be.

High-ranking church leaders came to speak and to help, showing support from all over the world.

Everybody became part of something big. Something breathtaking. We built hope and support. And this yellow “Mormon helping hands” shirt was the expression of it. Every single shirt was one ray of sun that lit up the whole district.

We beat Harvey’s dark. All together. 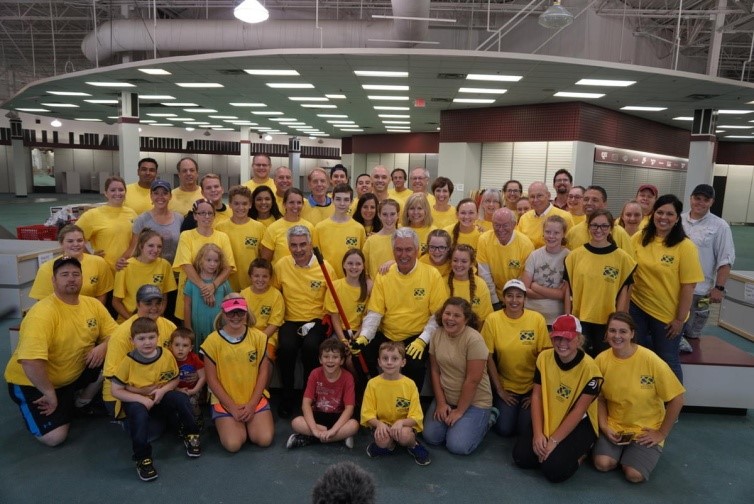