15 year old Julian Schwiers may be far from his German hometown, but he’s quickly found a place all his own right here in Tennessee. Julian and his Spanish host brother Luis are sharing the host home of Shelly and Michael Treen – their second double placement in two years!

“One of my very best experiences was the day my ‘double placement’ (Luis) from Spain arrived,” recalls Julian. “We act like real brothers and have an awesome relationship.”

While the initial adjustment period can be daunting for any exchange student, Julian quickly embraced all that was good about the new life in front of him – meeting neighbors to toss a football in the street, meeting new friends at lunch, or chatting with his host parents (who he says are awesome!)

In fact, one of his most special memories to date was his very first hike with his host family. “It was a very fun time, we laughed a lot, took beautiful pictures, and had a good hike to a waterfall.” Such a simple adventure, yet something that helped him connect so much more meaningfully to the people whose home he would share for the next 9 months.

Like most exchange students, Julian immediately noticed many differences in the school as well, which he embraced with open arms – “fun” class options, different teaching styles, and lots of opportunities for extracurricular activities. And THAT’S where Julian has really settled in as a member of the football team! 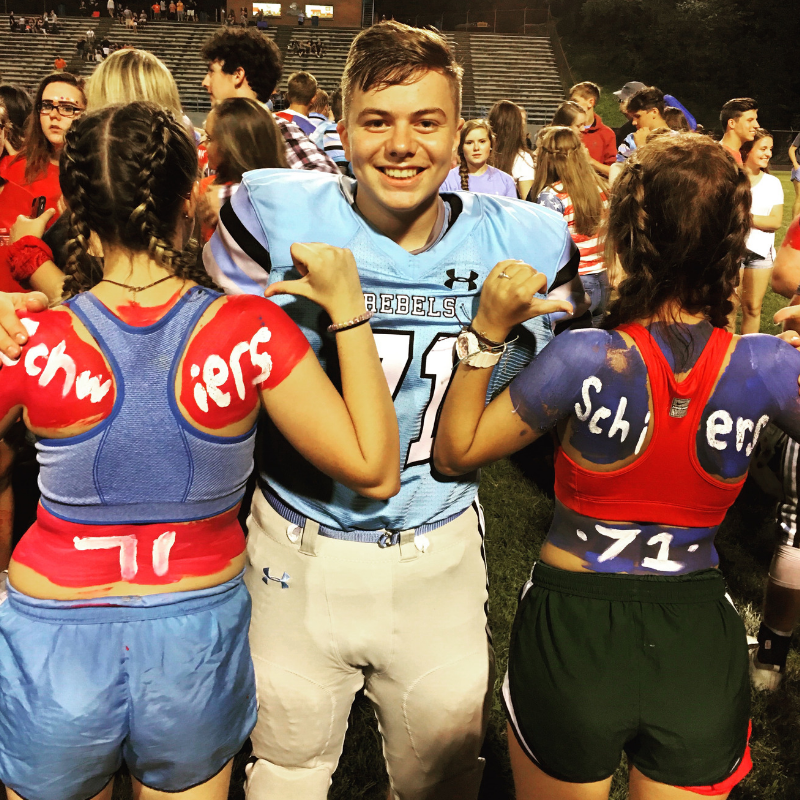 “My most amazing experience so far has to be my first Friday night football game, including the parade and everything that goes with it,” remembers Julian. “It was awesome!”

Julian’s weeks are filled with football practice and game-day preparation, and even when he’s not on the field he’s always connected with his team mates. “At lunch we’ll laugh or talk about the next enemy football team we’ll face. After practice we hang out as a team, going to Taco Bell or playing games at somebody’s house.”

But the real culture shock kicked in when Julian saw exactly what “American football” was really all about! The production of the Friday parade, pep rally, and the thrill of playing the game captivated him immediately. School spirit is at an all-time high at these events, and Julian found himself in the middle of an unfamiliar explosion of excitement – but he loved every minute of it. 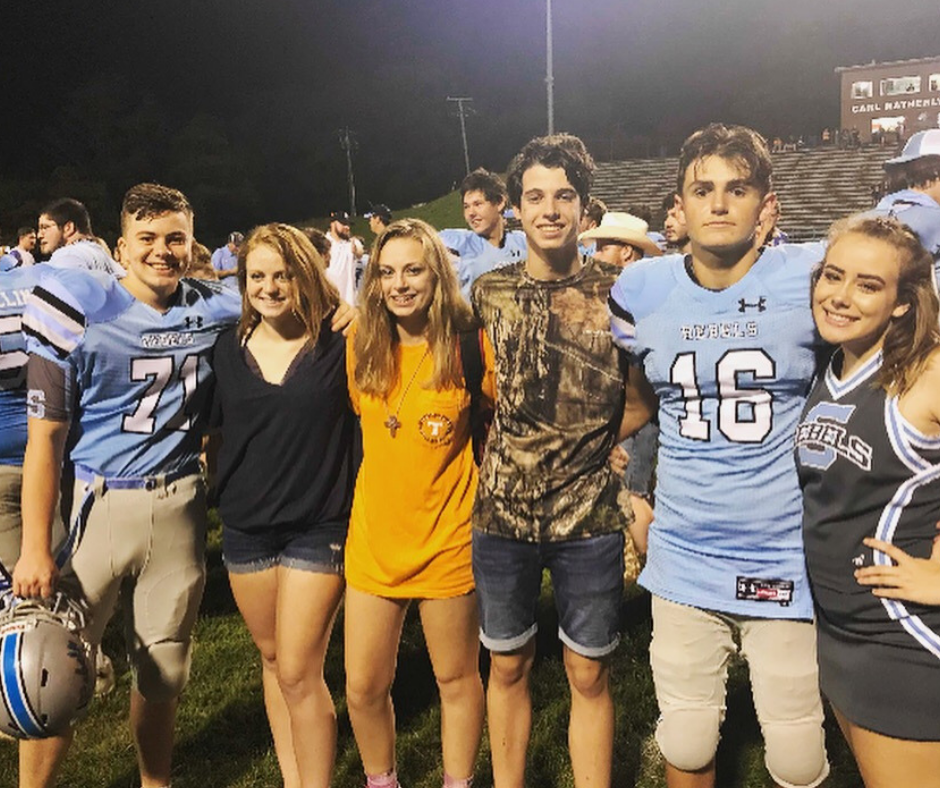 “It’s an awesome feeling when the normally very tough coaches jump at you, screaming cause your team made the final touchdown,” Julian remembers. “The student section, where all the students stand and scream is freaking out and celebrates with you too!”

That’s one thing he says he’s learned about the United States in general since he began his exchange year: the people here have very strong school spirit, team spirit, and pride as a nation. Saying the Pledge of Allegiance in the morning before school, for example, was an unfamiliar concept. 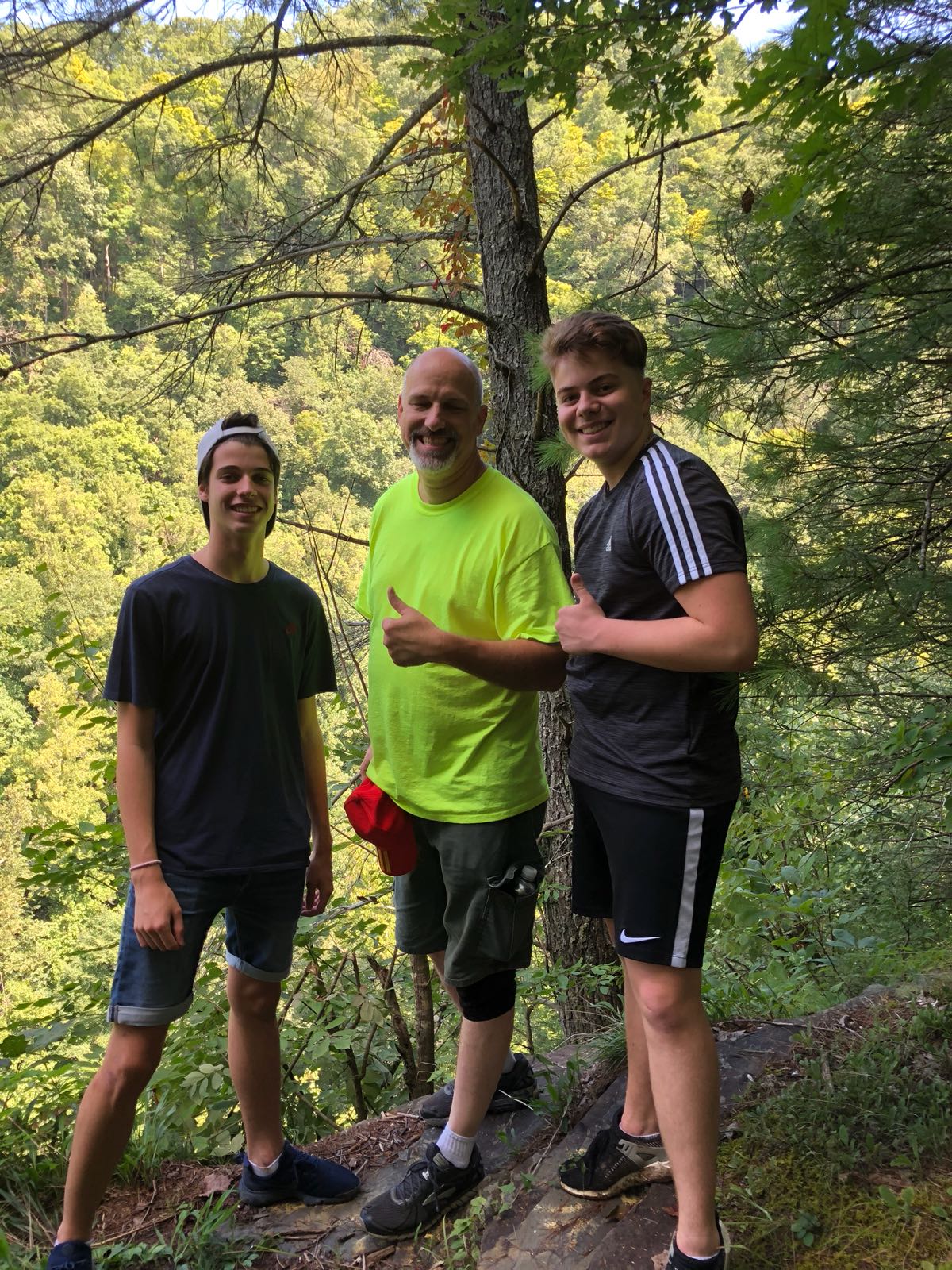 However, Julian has also found that national pride does not equal disinterest in other countries and cultures. He says that one common misconception is that Americans are often focused only on the US and are not interested in other cultures.

“That’s completely wrong!” shares Julian. “People I meet are interested in Europe, in Germany and our family’s life in Germany, our schools, our sports, friends, behavior – everything!”

In the end, one thing Julian is most thankful for is the ongoing support of his host family. They are a haven at the end of a long day of school and practice.

“I appreciate my family time in the US much more,” shares Julian. Time spent eating dinner, chatting, or going for a hike together create a home away from home that he couldn’t live without.

And that’s why host families are the backbone of what we do in student exchange! Their ongoing support is exactly the kind of foundation our students need to thrive.