Hosted by a Hurricane… {SURPRISE!}

Natural disasters don’t typically rank at the top of an exchange student’s bucket list! You can be sure that Hurricane Harvey took these four exchange students by surprise. But when much is lost, oddly enough, there is much to be gained in the aftermath.

Johanna from Germany was elated when she learned she would be going to Texas – a state that is famous for its great weather and warm temperatures! Once she arrived, she began to settle into the normal routine, to participate in normal school activities, and to experience the normal range of emotions that accompany a new language and a new life: gratitude, overwhelm, excitement, frustration, fear.

But Johanna’s “average” experience soon took quite a turn when her new normal was interrupted by news of a hurricane!

To be honest I had heard about a hurricane coming a few times but never really paid attention. Three days later I found myself sitting in the living room at 12:30 A.M., out of power and listening to my host brother telling me horror stories. 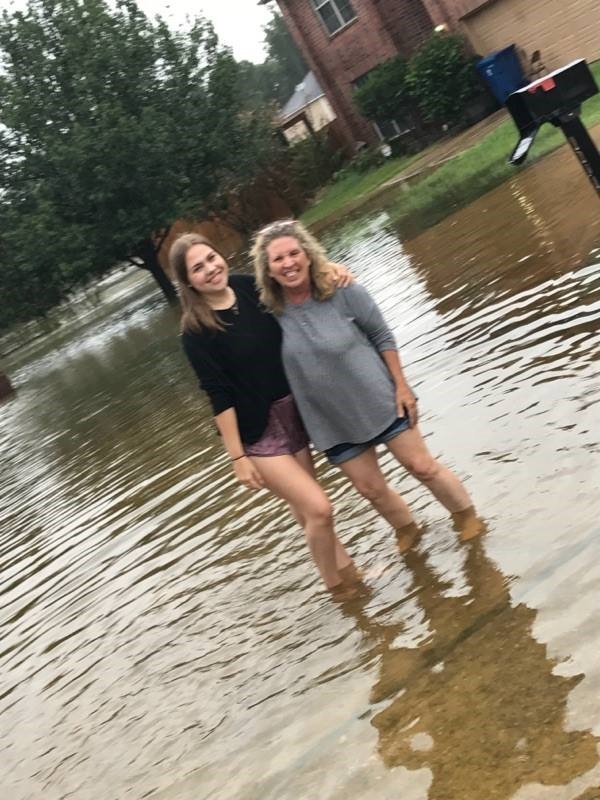 Fortunately, Johanna’s host family was not seriously impacted by the storm, nor did their house suffer flooding.

The family was safe at home, and with the flood waters blocking many major streets in their community, Johanna’s host mom rallied the family around simple in-home pastimes: pancakes for breakfast, baking a cake, doing a craft. The family even made many attempts to formally volunteer for relief efforts, but the nearby centers were already overcrowded with helpers.

Johanna, who had never witnessed a hurricane before, shares that the experience was life changing for her.

Even though a lot of people lost everything they had, it was amazing how many people would step up to help others. I feel like this has taught me to appreciate everything I have!

Pia from Germany also experienced the storm and its aftermath, and she recounts how even small routines that we often take for granted were disturbed by Harvey’s devastation. 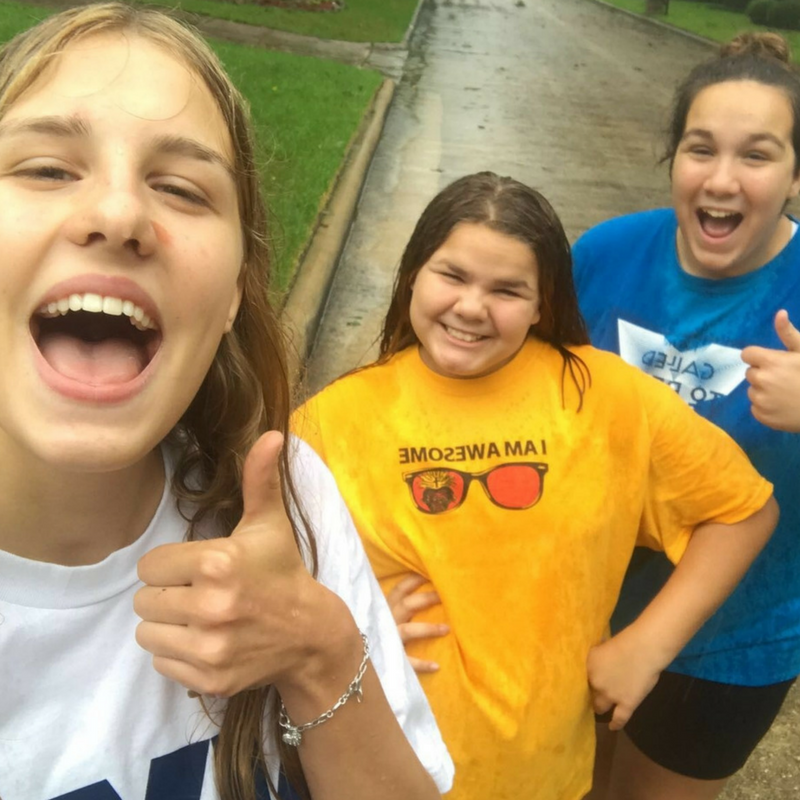 You never think about these things until they’re not there. One night, the power went off for 8 hours and we didn’t have a generator, so everyone had flashlights and tried to sleep without air conditioning, which was really hard. We tried to get bread and water from the stores but everything was sold out.

Even the local high school Pia attends has been flooded and requires extensive repair, so the entire student body has been transferred to another neighboring high school 45 minutes away. 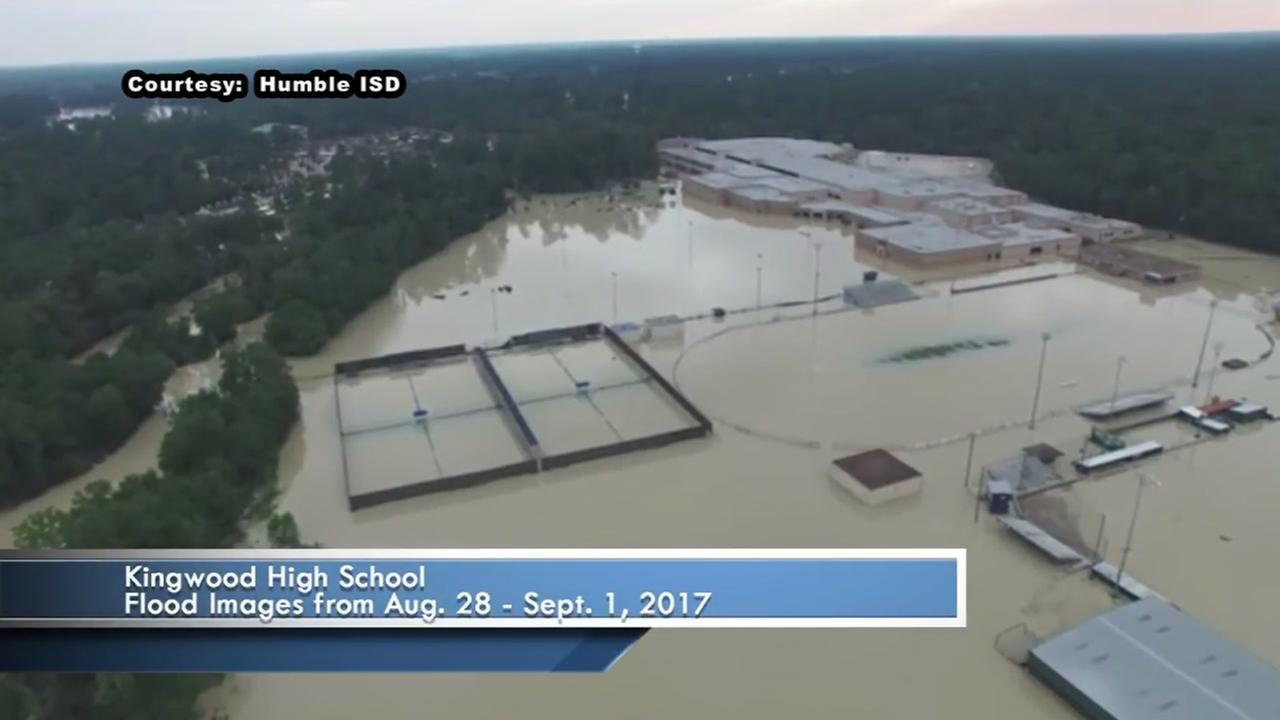 The logistical shuffling alone is mind-boggling (since one school must now absorb the needs of another), but it’s just one more testament to the resiliency of neighbors. In a crisis, everybody pitches in. And Pia was able to experience this first-hand.

We helped people we didn’t even know to fix their houses as good as possible. We removed wet walls and carried a lot of wet and useless stuff out of the houses. It was very emotional because we saw people who lost everything.

Another local German student, Karolina, was also touched by the great loss of so many of her neighbors.

My host family and I helped to clean out a flooded house that belonged to one of their friends, and it was really sad to throw all these things away. There were books from the 1800’s and baby photos and so many irreplaceable things, and I felt really sorry for the family. 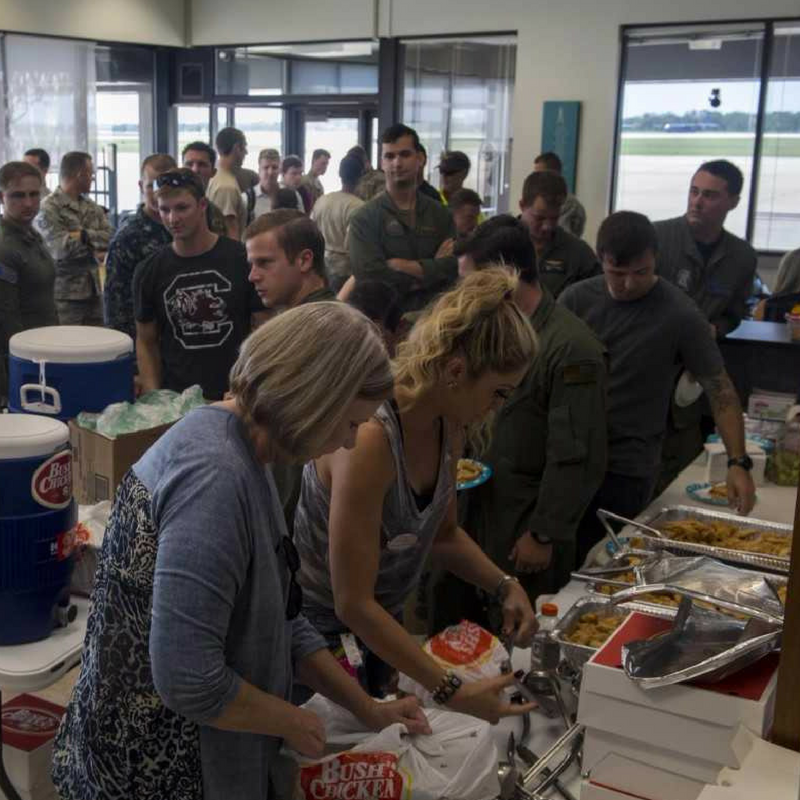 Even so, Karolina recognizes a greater truth blossoming all around her. The community is not merely wrapped up in the sadness of so much loss; it is actually bursting with the invaluable GAIN that comes when people rally together for the good of another.  Neighbors investing in the rescue efforts of both friends and strangers, without judgment or hesitation.

What was really nice to see was that so many people helped each other. They opened their hearts, and some even their homes, to the ones who were effected by the storm. 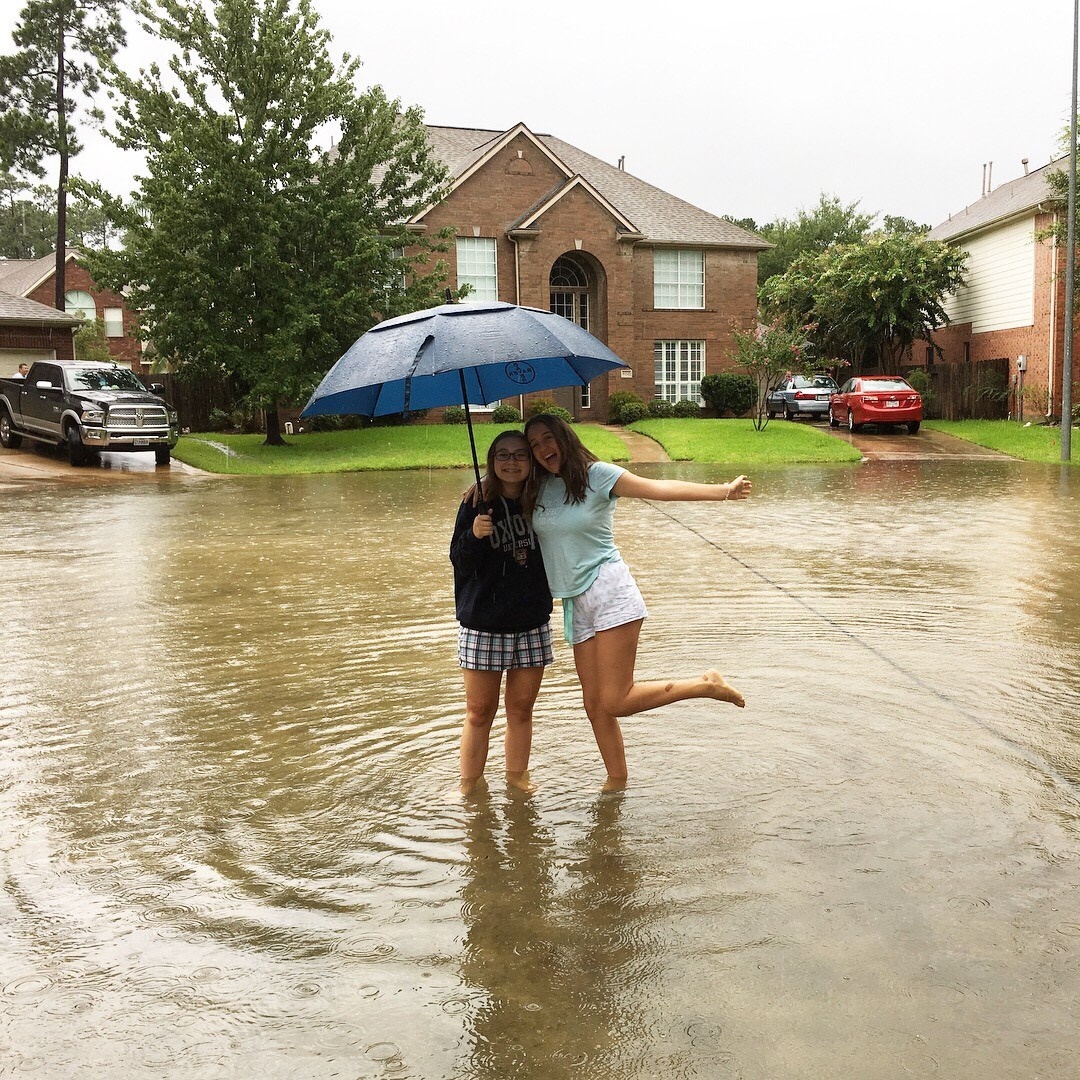 Laura from Spain agrees. She and her host sister were originally excited about the prospect of missing so many days of school – TWELVE days, which is in essence a mini-vacation!

But she soon realized the hurricane meant so much more for the community. She joined her host family in cleaning out a friend’s flooded home.

Literally everyone was helping, all the people came together as one and helped strangers. I often get asked, “You just arrived here, and you’ve already had a hurricane! What do you think about America now?” And I always answer with “It’s just more experience for me!”

Truly, that question is a good one! “What do you think about America now?”

They came to experience real life, and instead these students witnessed a hurricane. Could it be that these poor students got a raw deal – that they are witnessing America “at its worst”? 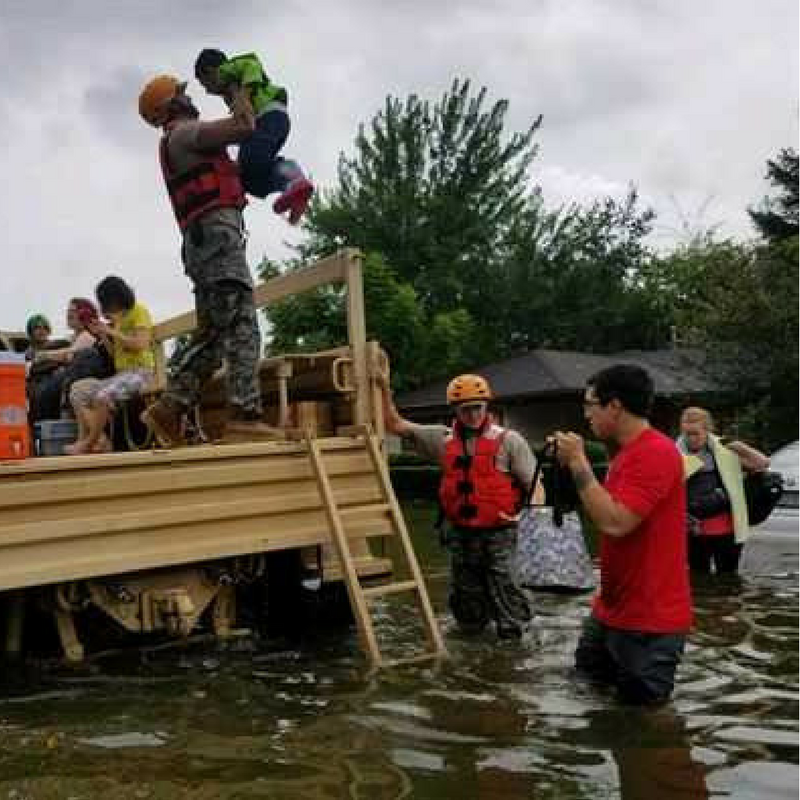 As these students have witnessed and their stories have testified, they have seen in just one short month neighbor helping neighbor; they have trudged beside host family members to clean out the debris of a ruined past; and they have watched and linked arms with everyday role models who are creating a new future.

It just may be that these lucky few are experiencing America at its BEST.