A Letter to Next Year’s Exchange Students

German exchange student Lorena Schraub visited Texas in 2013/14. Like most exchange students, acclimating to American culture was both thrilling and sometimes exhausting! In the letter below, she shares her experiences in order to pass on her wisdom to the next generation of students eagerly awaiting their flight to the U.S. Enjoy her candor, her humor, and her excitement in the every day discoveries! 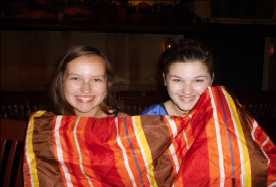 There are two things I realized very fast when I came to Texas. The first one was: They overuse their air conditioner. When I heard that I got a host familyin Texas, I got really excited. I always wanted to be in a very warm area of the country so I mainly had shorts, dresses and tops with me. The first time we went out to a restaurant I was so cold that we needed to get our blanket out of the car. 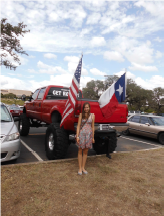 The second thing I realized: The inhabitants of Texas (or the US in general) LOVE their country! They are very proud of being American which you can see every morning at school. We opened every school day and also every football game with the pledge of allegiance.

School is also very different. The classes were very easy but it was necessary to spend a lot of time on homework and projects. I also wanted to be part of the marching band which was very hard at the beginning. It was hot outside, we played difficult songs, I had to learn the marching choreography and we practiced every day before or after school for two hours and had a performance every weekend. 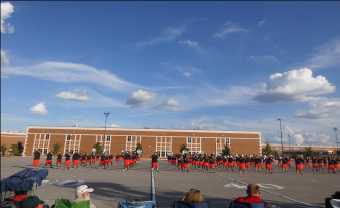 As you can see, there were a lot of people in our band. I really enjoyed being part of it and I found almost all of my friends in band.

When I wasn’t at school, I mainly spend time with my host family. My family consists of my host parents, their daughter and their two Chinese daughters (they are adopted). 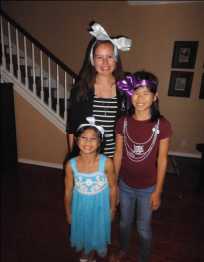 y Scofield, my iE interviewer, saying: “The host families never know who they chose. You are like a Überraschungsei [surprise] with two suitcases and they don’t know what’s going to happen.“ I think we all got along pretty good together even though we were 6 persons from 3 countries. But this is also a typical American thing. There are so many different nationalities, and I think half of the students at my school had Mexican roots. But I also met other (exchange) students from Spain, Pu 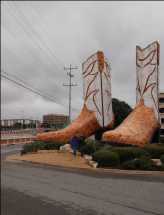 erto Rico, Australia and many more countries, so I also learned a lot about their cultures!

The American culture is also distinguished by the fact that everything is bigger. One example is our church. There were so many people going to one church that they were able to offer 3 services at the same time and also 3 times a day (Sunday). Here you can see other examples why I sometimes felt very tiny in Texas… do you see those enormous boots? 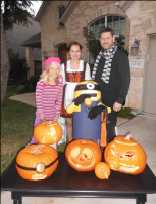 There are also important events that are celebrated way more than in Germany. For example: Halloween and Thanksgiving. My host mom spent many nights on designing and making my host sister’s minion costume. It was such a fun experience to go from house to house and see the crazy decorations.

And of course we also got pumpkins and everybody was able to carve their own. 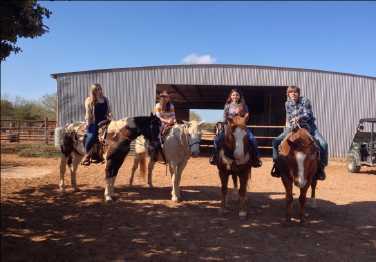 One of the first things you probably connect with Texas is a cowboy. A real Texan exchange student has to be a cowboy or cowgirl for at least a day. Here you can see!

Boots, belt, hat and of course a horse in the middle of nowhere so you can perfectly take a ride. One more interesting fact is that Texas is twice as big as Germany. 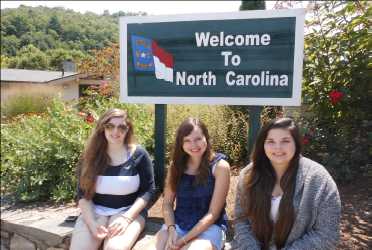 Places, friends and family live very far away sometimes, so a 5-hour-car ride is something very normal. We even drove up to North Carolina which was a 21 hour ride.

These are my experiences. I hope you will make great experiences too and can tell many fun stories of your time abroad!

Could you imagine opening up your every day life to an exchange student? You could make a world of difference to one special student just like Lorena. Learn more at iE-USA.org.