The Cultural Evolution of Halloween

October 31 is a highly anticipated day for exchange students, who can’t wait to celebrate “American Halloween.” Like many US traditions, however, the American celebration of Halloween is actually a blend of historical and cultural influences, none of which originated in America! And interestingly, the “Americanized” Halloween has in turn gone global, sharing the traditions of costumes, candy, and trick-or-treating in many westernized pockets across the globe.

In a way, this mash-up holiday embodies the very goal of cultural exchange: to borrow from and build upon one another. It’s akin to a blended family, if you will: a little “yours,” a little “mine,” and a blended result we can share as “ours.” 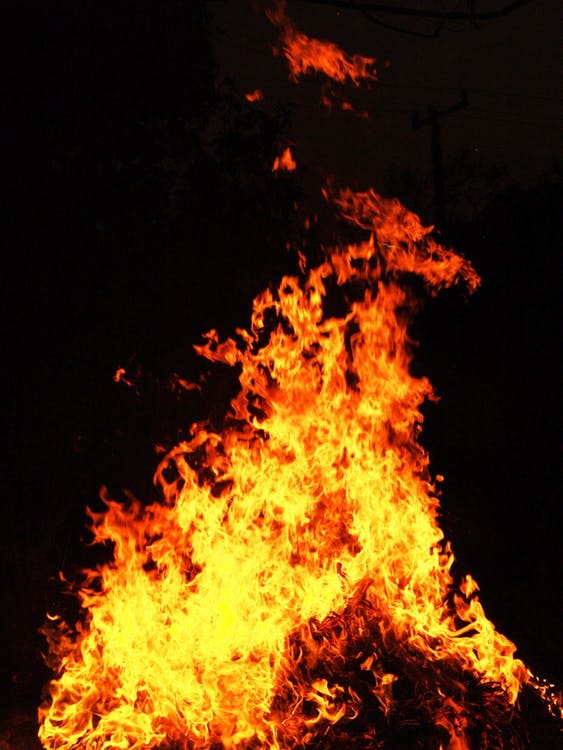 Did you know that Halloween is just as “Irish” as St. Patrick’s Day?

During the Celtic festival of Samhain, the dead were said to walk the Earth, so the Celts would wear costumes as to either blend in or at least avoid being recognized by evil spirits. To celebrate, Druids constructed enormous bonfires (sound familiar?) where villagers would gather to burn crops and/or animal sacrifices to the deities, often wearing costumes of animal heads and skins.

After the Roman conquest of the Celtic land, two festivals were blended with Celtic Samhain – Feralia, a day commemorating the passing of the dead, and a day to honor Pomona, the Roman goddess of fruit and trees. The symbol of Pomona is the apple, which likely explains the tradition of “bobbing” for apples that is still practiced today!

As Christianity spread throughout Europe, the traditions surrounding Halloween shifted yet again. All Saints Day emerged as a way to honor saints and martyrs and was celebrated similarly to Samhain, with big bonfires, parades, and dressing up in costumes as saints, angels and devils. The All Saints Day celebration was also called All-hallows, and the night before it began to be called All-Hallows Eve and, eventually, Halloween. 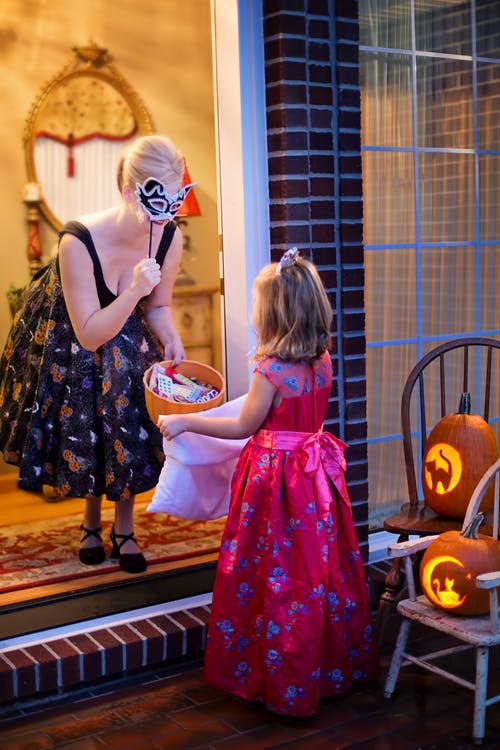 Halloween in the Americas

As the beliefs and customs of different European ethnic groups as well as the American Indians meshed, a distinctly American version of Halloween began to emerge. Colonial Halloween festivities also featured the telling of ghost stories and mischief-making of all kinds. Borrowing from Irish and English customs, Americans began to dress up in costumes and go house to house asking for food or money, a practice that eventually became today’s “trick-or-treat” tradition. In the late 1800s, many Americans pushed to change Halloween to focus more on community fun and less on ghosts, pranks and witchcraft. Because of these efforts, Halloween lost most of its superstitious and religious overtones.

By the 1920s and 1930s, Halloween had become a secular, community-centered holiday featuring town-wide parades or parties. With many young children in the mix during the fifties baby boom, parties became child-friendly and were moved to community centers, classrooms or homes.  The centuries-old practice of trick-or-treating was also revived, since handing out candy is an inexpensive way for an entire community to share the Halloween celebration. Thus, a new American tradition was born, and it has continued to grow! 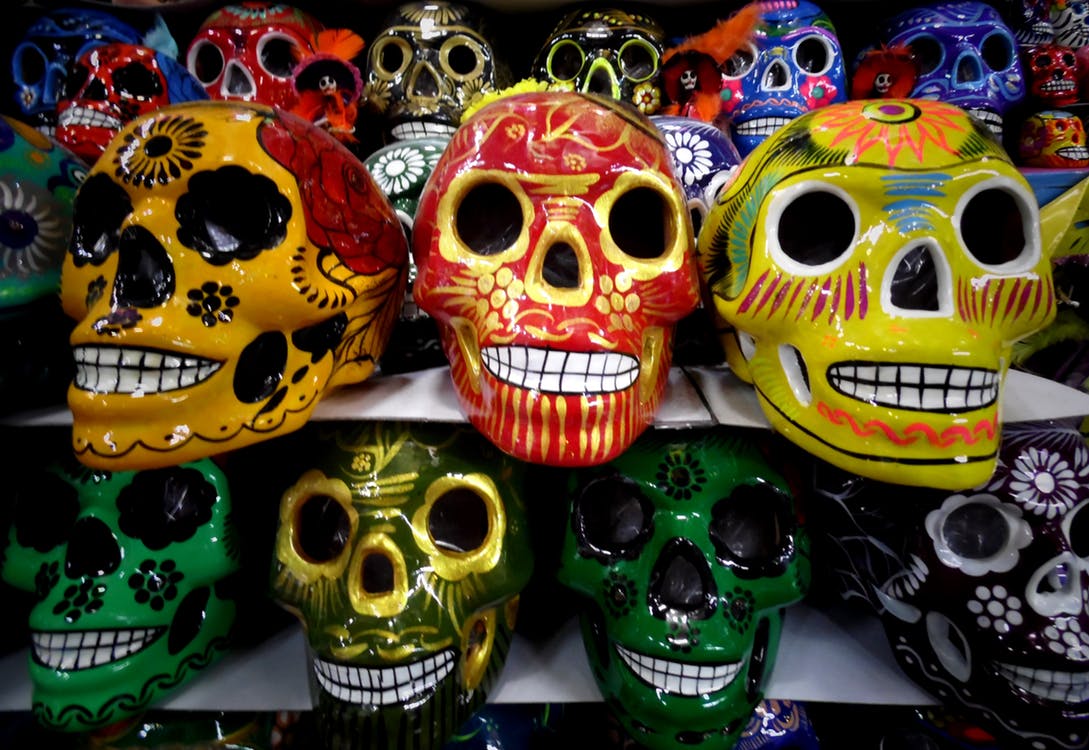 It’s not surprising to find that many countries celebrate similar holidays, featuring commemoration of the dead, masks, candy, and parties. Los Dias de los Muertos, or the Days of the Dead, is a popular Mexican holiday that has recently spread to the United States as yet another layer of the Halloween celebration.

Cultural Exchange at its best!

This brief highlight reel of world history reveals that we owe the fun of Halloween to a continual process of growth, adaptation, and change. And isn’t that the truth for our entire culture as well? Join us as we celebrate not only Halloween’s fun festivities, but the years of organic cultural exchange that delivered it to our doorstep.